A recent study published in Current Biology estimates that more than 100,000 Bornean orangutans were lost between 1999 and 2015, with the most severe declines occurring in areas in which habitat was removed. Bornean orangutans are now critically endangered.

Deforestation is affecting all of Indonesia. The island of Sumatra, the sixth largest island of the planet, home to orangutans, elephants, rhinoceros, and tigers, has lost almost half of its tropical rainforest between 1990 and 2010.

The following map of Sumatra covers a rectangular area 175 kilometers wide by 100 kilometers. The red color indicates the forests that have been cut down between 2000 and 2016 (Hansen/UMD/Google/USGS/NASA).

Click on the image to view an interactive version, and zoom out to see the extend of the loss. 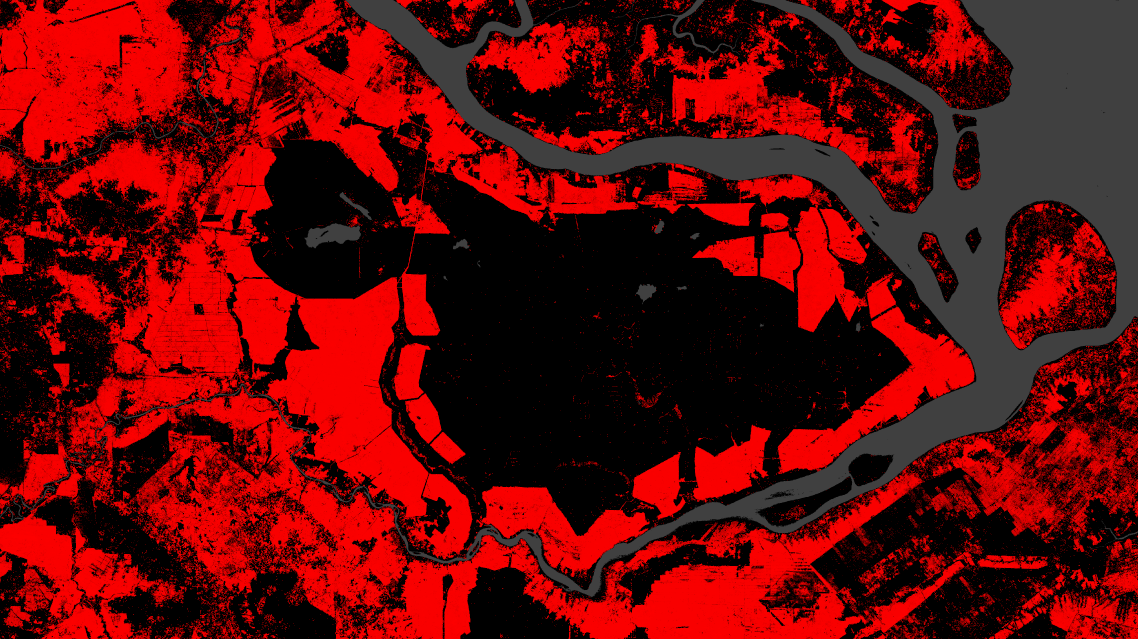 The forests have been replaced by oil palm plantations providing about half of the global world supply of palm oil. 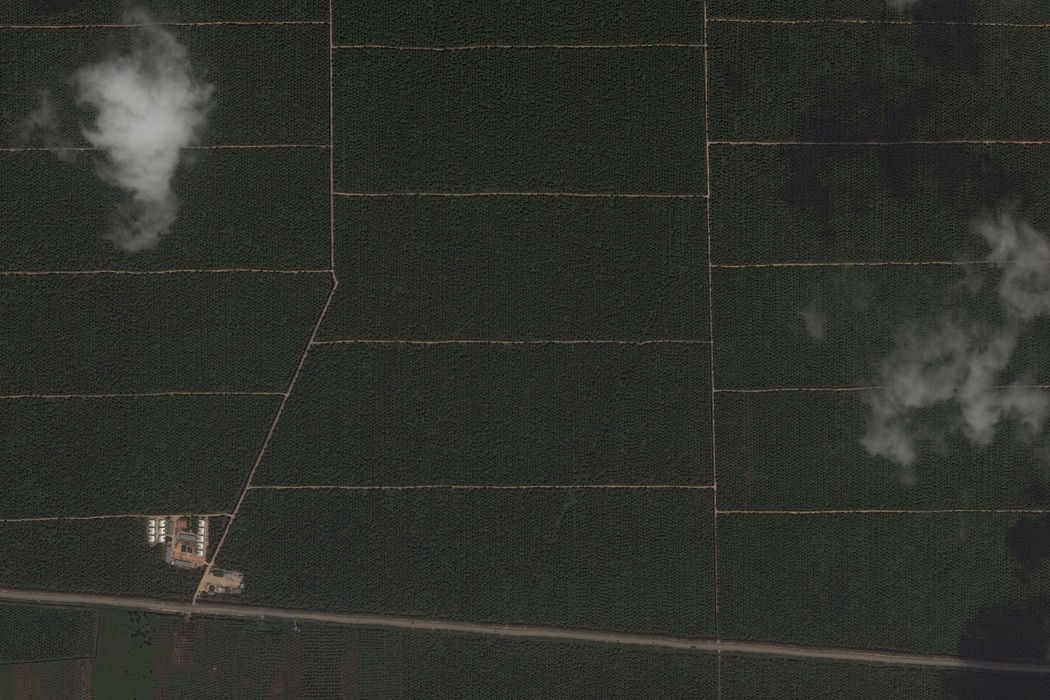 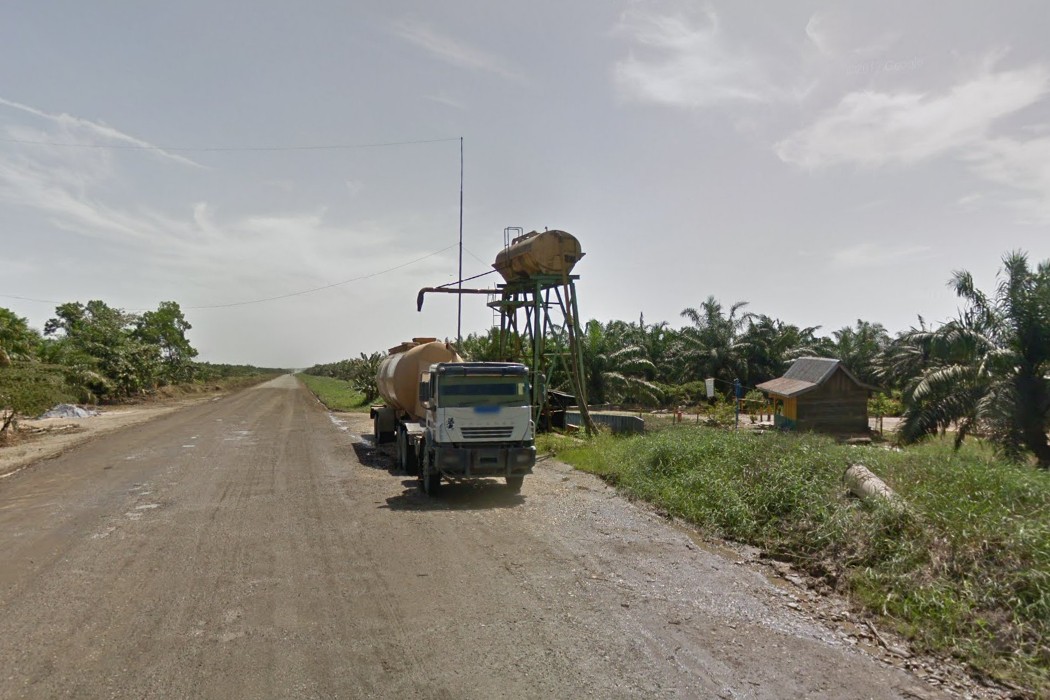 The satellite pictures on this page come from Google Maps. Click on any of them and zoom in to see the straight lines of palm trees, zoom out to see of the scale of the plantations. And take a look around the same areas from the ground with Google Street View. 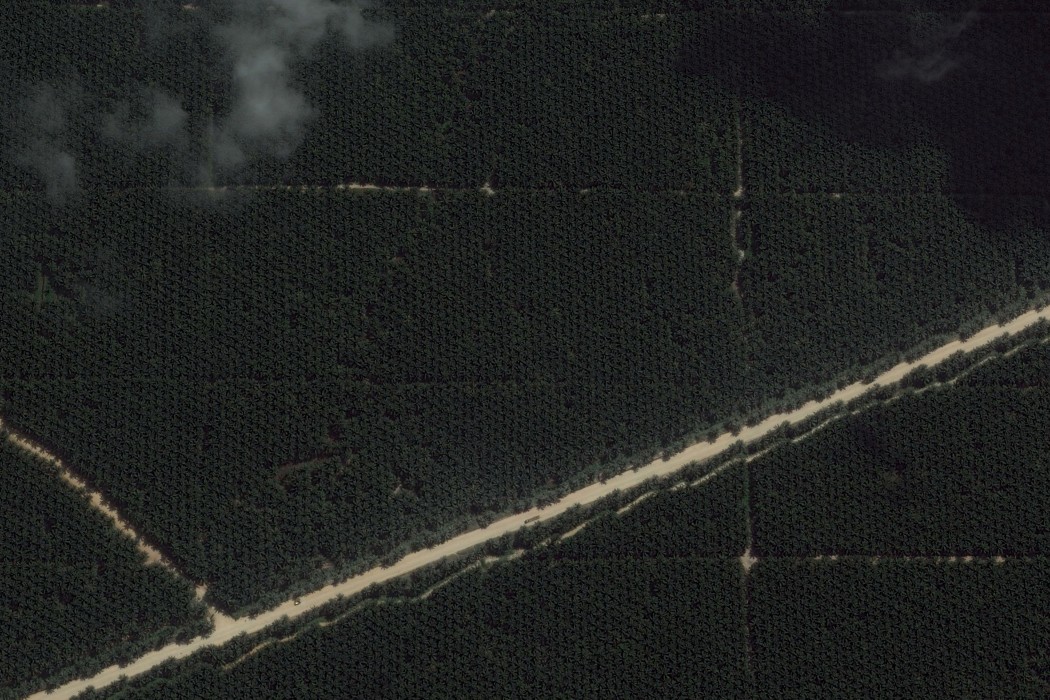 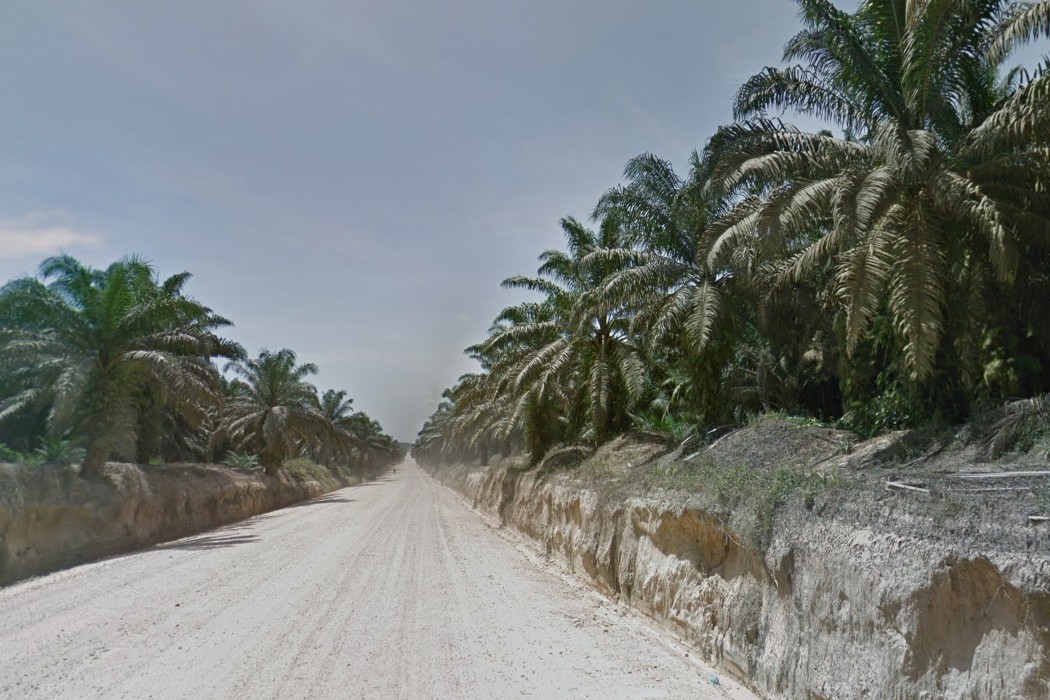 The oil palm plantations are easy to spot from space with their uniformity and long straight roads. This monoculture on a massive scale has catastrophic effects on biodiversity, greenhouse gas emissions, and indigenous communities. 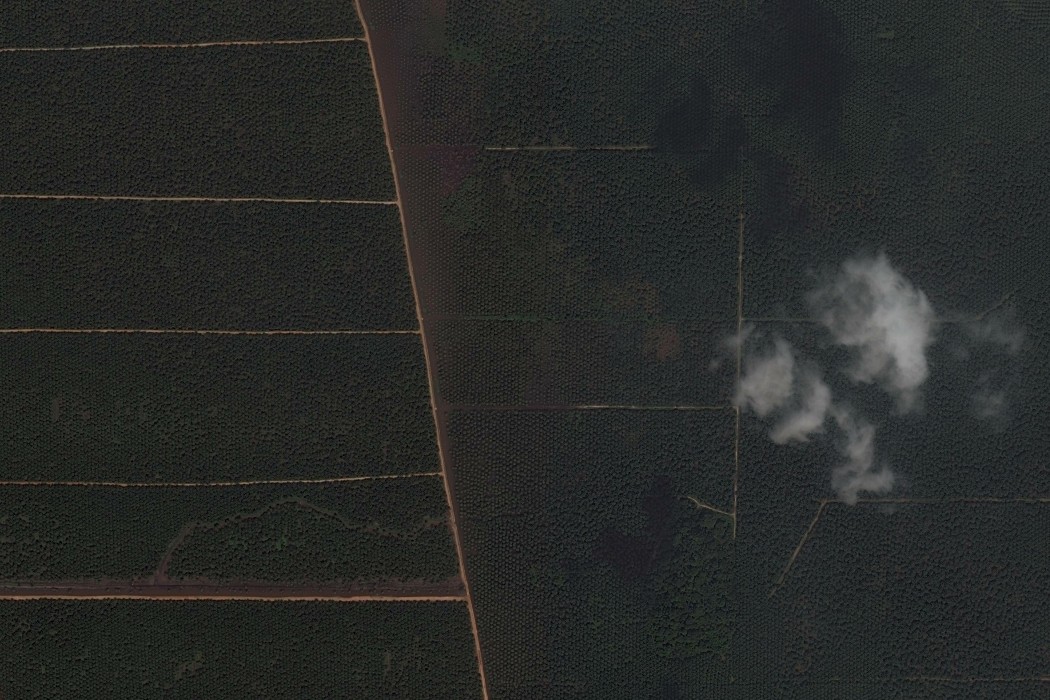 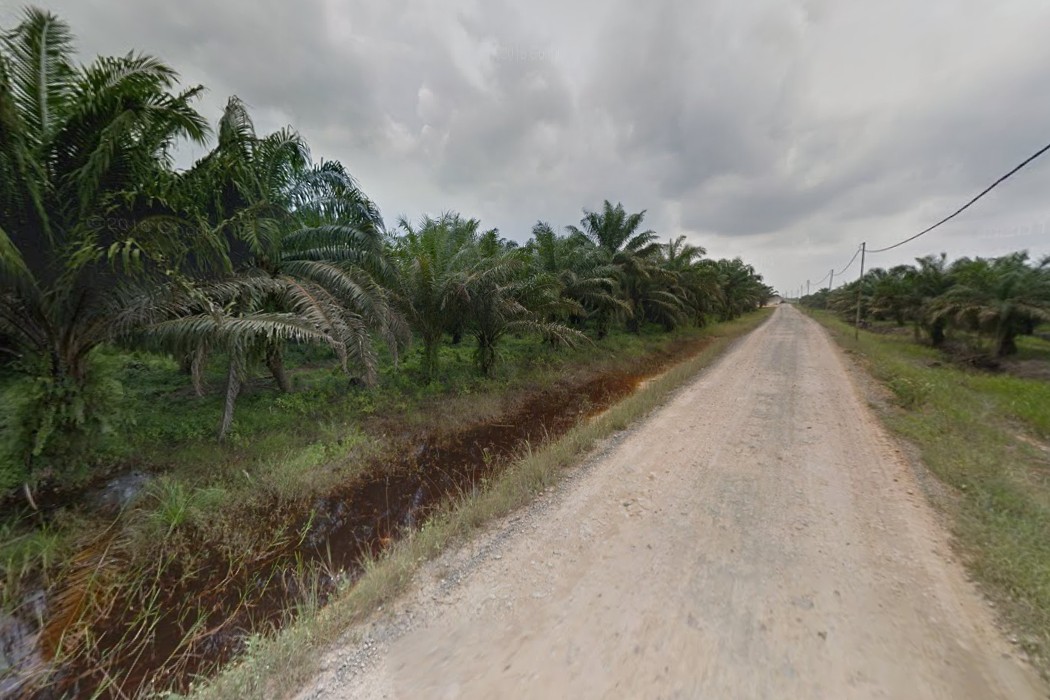 The satellite and ground coverage of Google Maps is pretty good on both the islands of Borneo and Sumatra. The above locations where picked more or less at random.

I encourage everyone reading this to have a look for themselves, and to think about it next time they read "palm oil" in a list of ingredients.