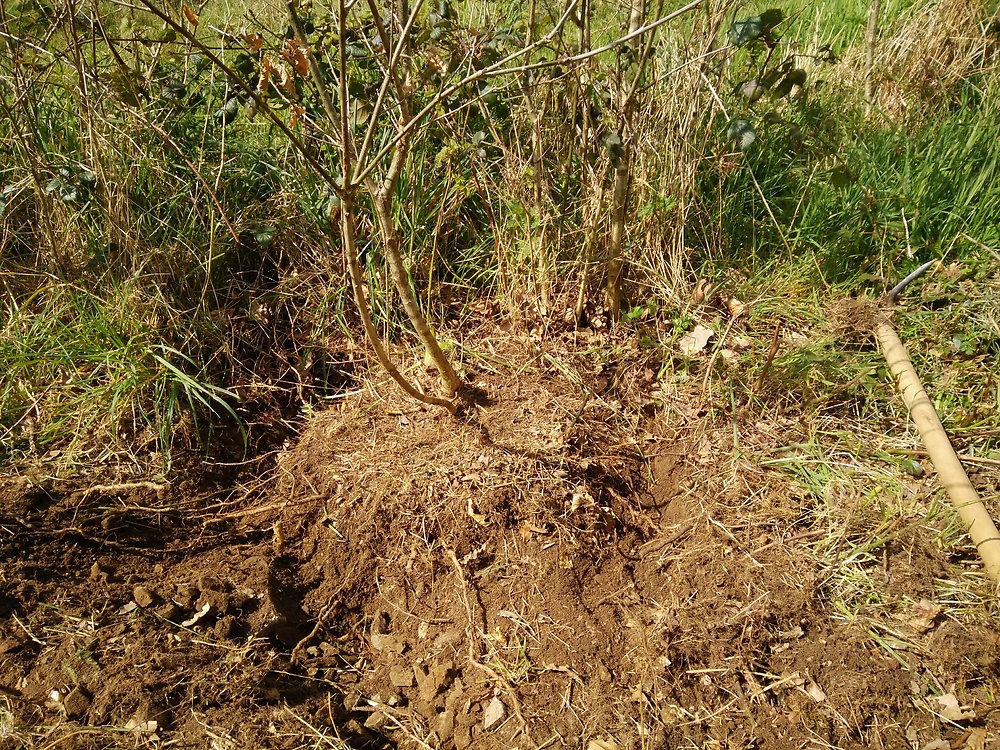 This oak was too close from the house to be allowed to grow freely. A lot of them are in a similar situation and I think in the past the previous owners would cut them back to ground level every now and then. Some are even producing acorns, so this may have been going on for a while.

There's only a few centimeters of soil before reaching the rocks below the surface in front of the house, so it's a bit hard to dig the oaks with a big taproot. This one had a good amount of lateral roots so at the end of March I took my time to dig carefully bellow the root mass and reach the taproot, cut it with a saw, and then it was easy to lift the tree. 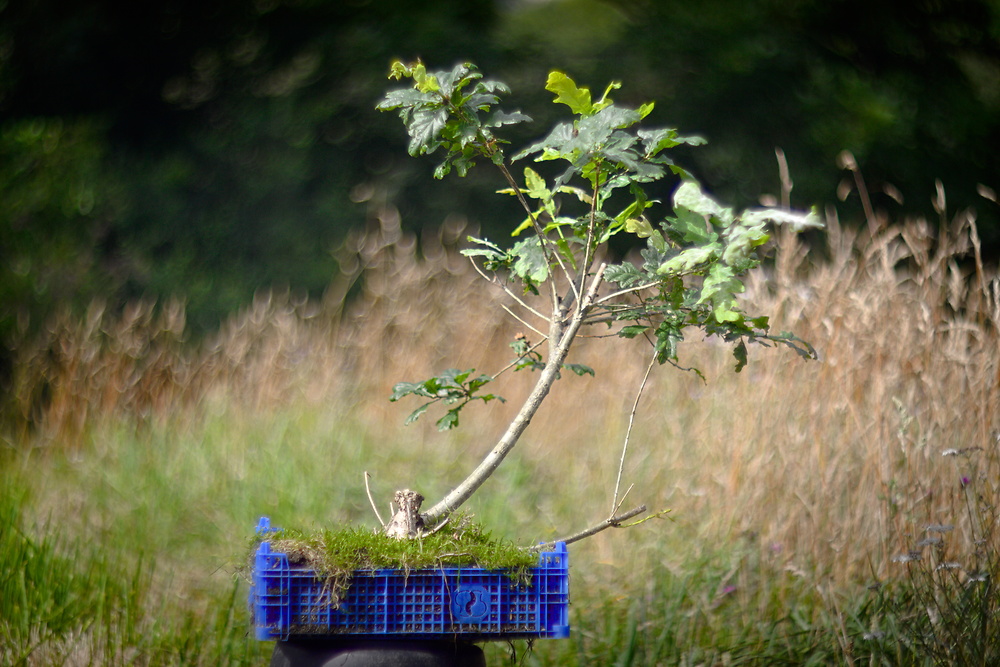 The tree reacted well enough from going into a pot. The second flush of leaves were infected by powdered mildew, as most oaks are around here, but a potassium bicarbonate treatment it received in July was effective and the tree produced a big third flush in August. 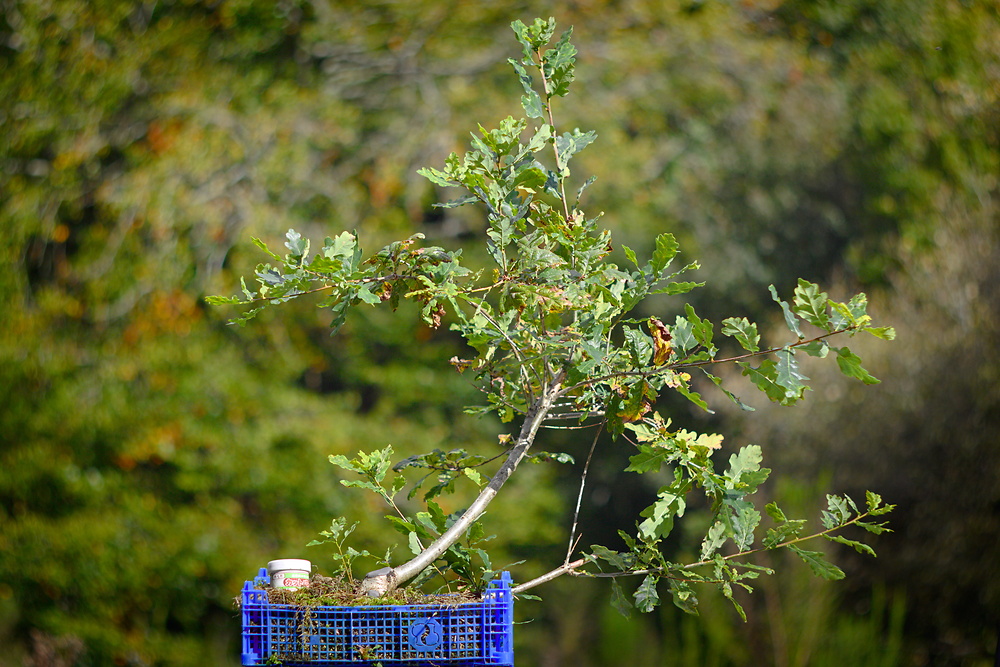 The plan is to let it grow for a while and reduce the remaining taproot during the next repotting while cutting back the trunk.