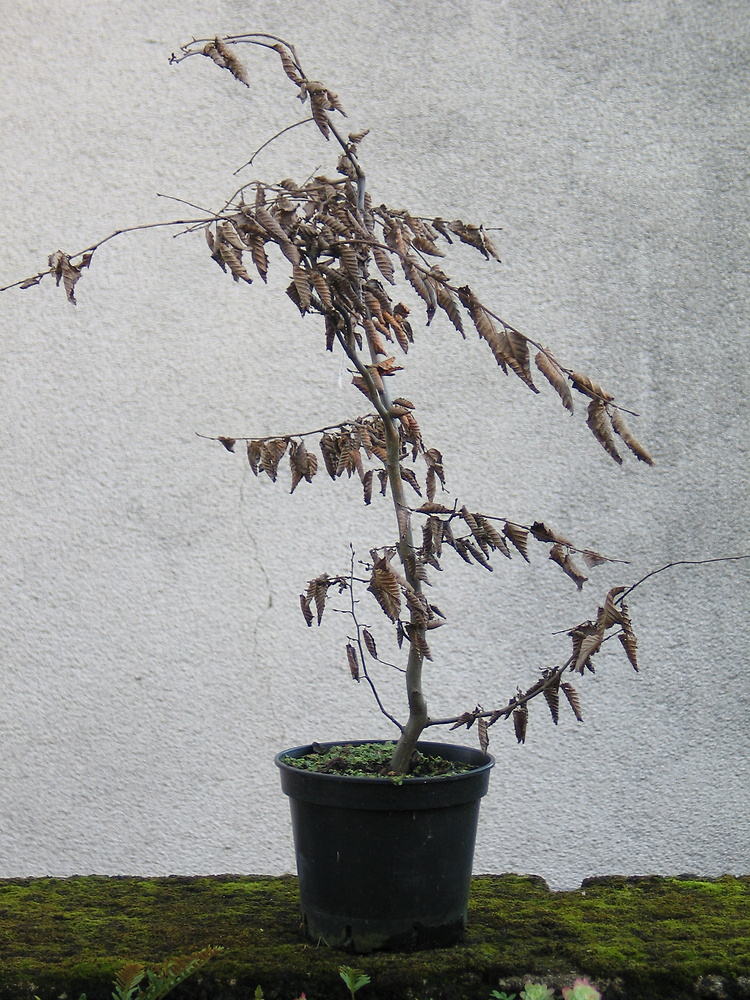 In the beginning of 2005, I acquired this young European hornbeam from a local garden nursery. I guess it to be between 4 and 5 years old at the time. 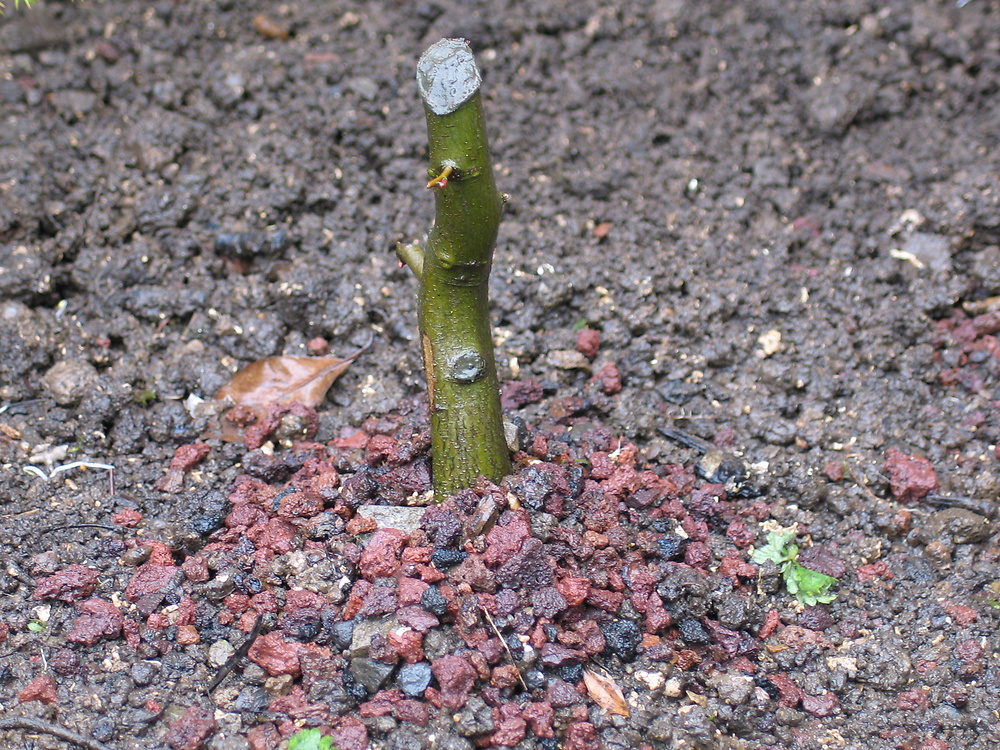 In spring the tree was then planted into the ground over a tile with some pozzolan added to the soil. 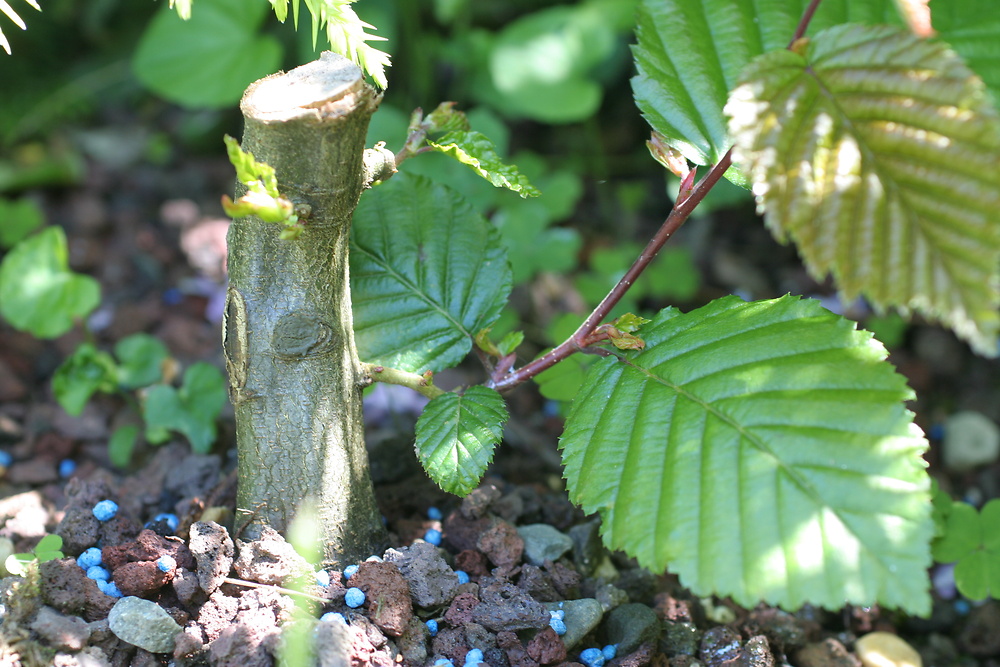 The third branch got really big after a year of growth in the ground but it was starting horizontally and gave the trunk a bad shape so the trunk was reduced again at the level of the second branch. 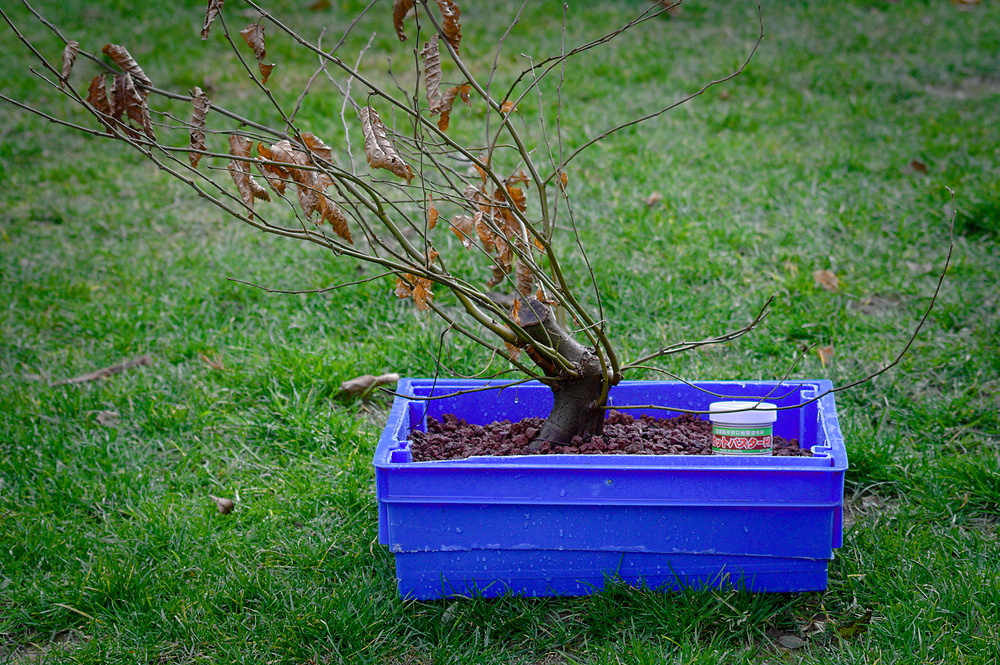 In that time the diameter of the trunk had arrived at what I wanted so I transplanted it into a container at the end of February 2010.

In retrospect I can identify two mistakes here: first the second cut should have been worked on to look natural, 10 years later it's still basically the same. And then it'd have been better to select a branch from the top to provide the continuity of the trunk instead of this one at the bottom. But I think there were no other available candidates at that time. 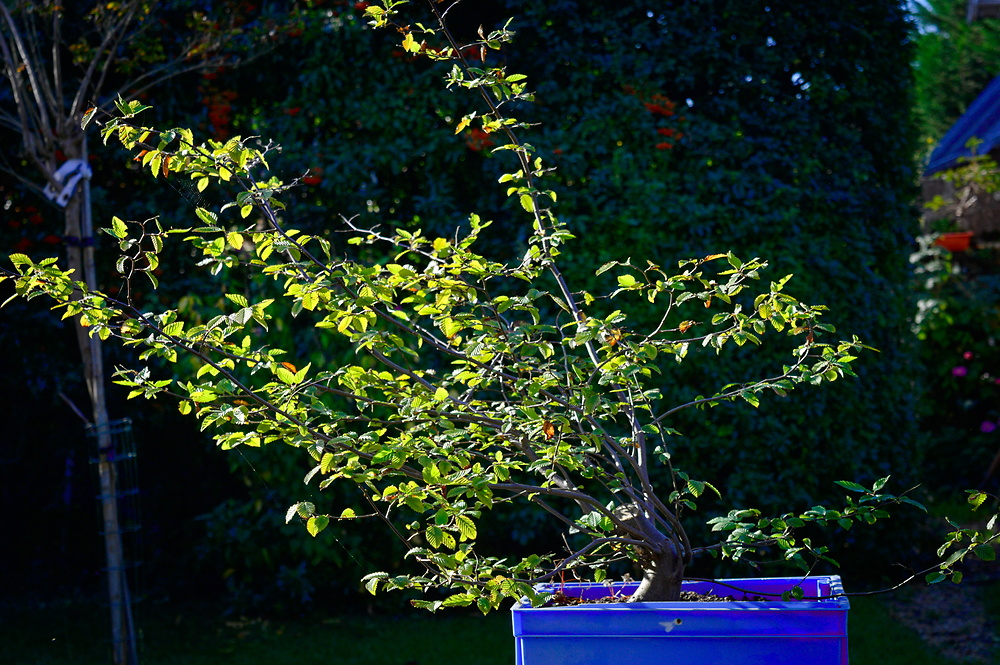 In the previous years I was studying at a university just a couple of hours away from the garden of my parents where my trees were growing but I moved to the capital of the country for work in 2011 and moved again to the other side of the world a few years later. 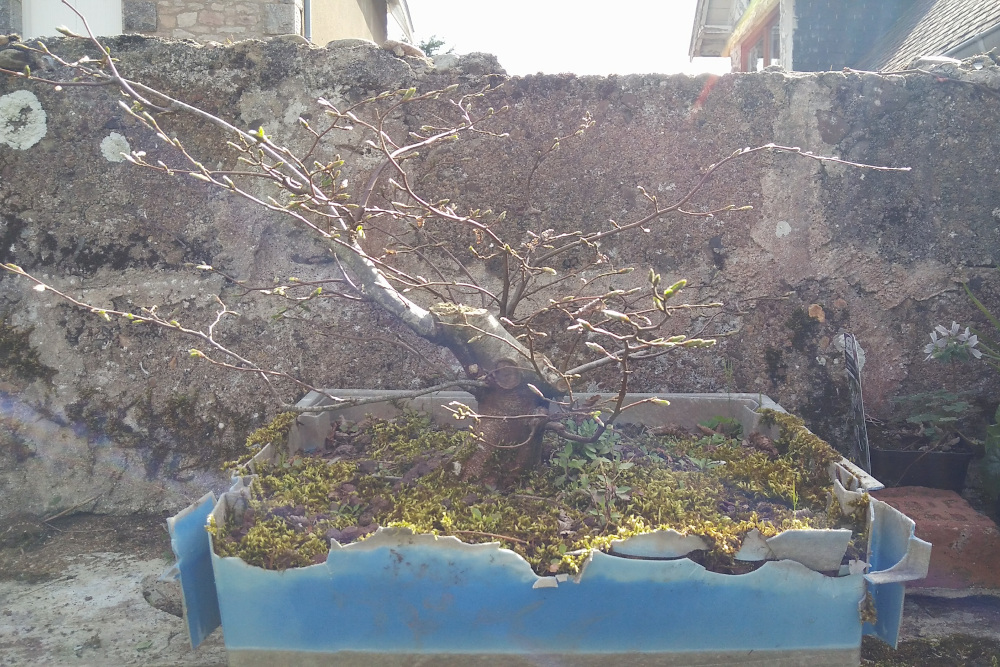 During that time this tree got a bit forgotten in the garden, with an occasional hedge cut when it got noticed for getting too big. It received some water but no feeding. 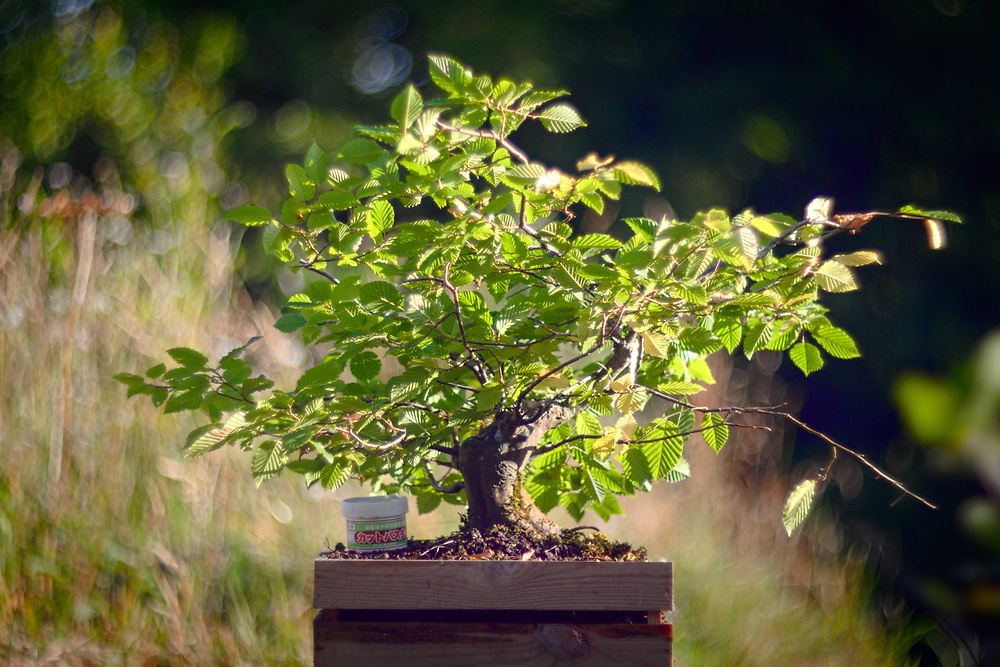 After a couple of year I came back to this side of the world, then after another few years my life stabilized enough to move the trees that managed to stay alive during that period into my own garden.

This one managed pretty well, especially this year after an emergency transplantation into a new container. It will now receive regular feedings and lots of water during the growing season, then a structural pruning in winter, and be repotted in spring. 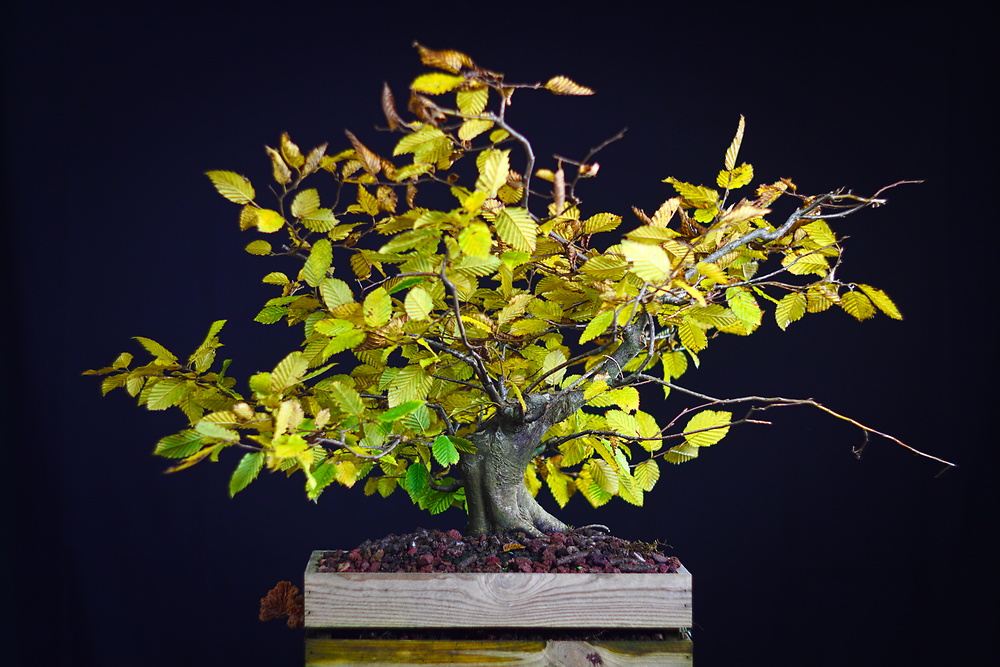