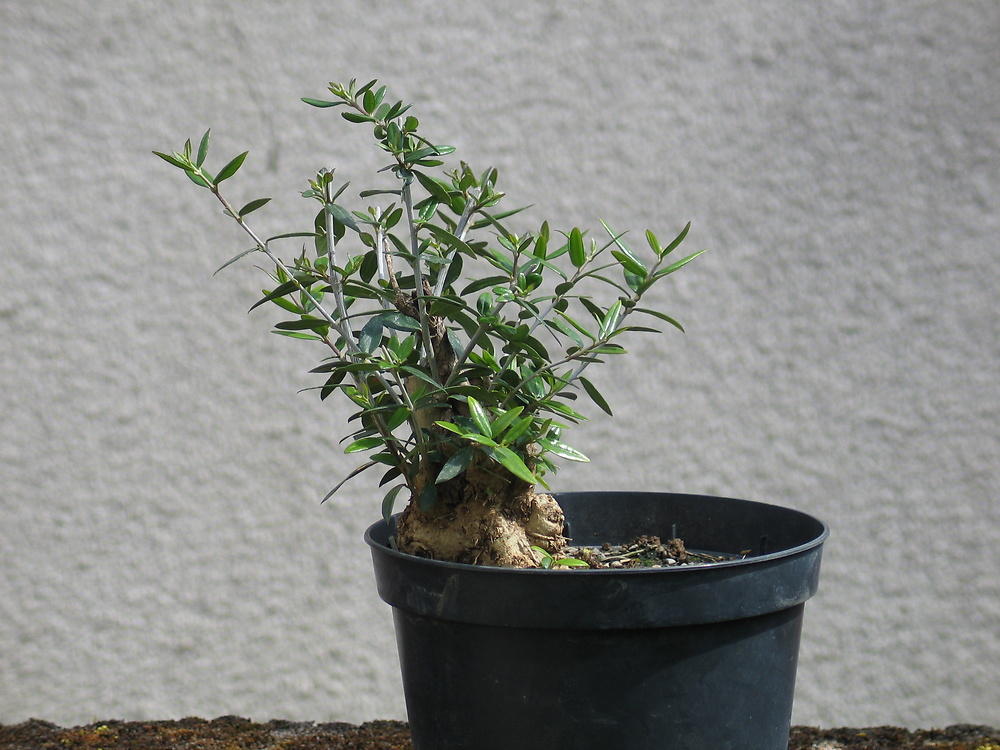 In 2005 I visited for the first time a bonsai exposition at Plourhan in Brittany and came back with this olive tree from Pepiniere Pons in Saintes next to the Atlantic coast of France. I don't remember the age of the tree so I'd guess it to be between 5 and 10 years old at the time. 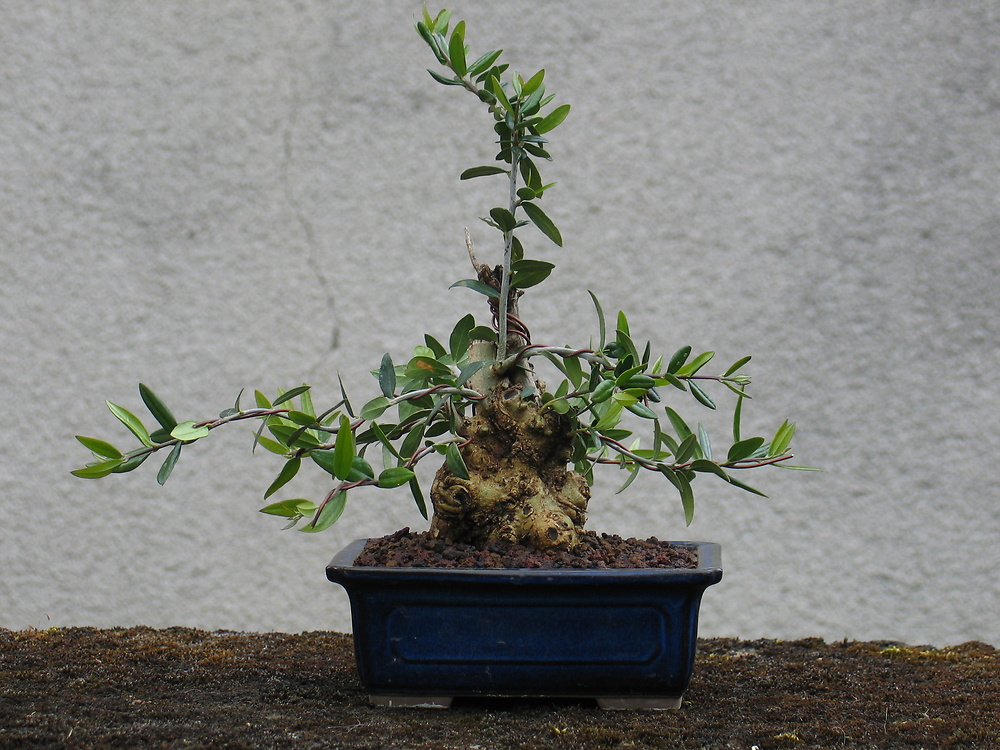 A month later I put it into a pot and wired the branches to make them start from the tree more horizontally, except for the top one that was to be used as the trunk leader. The idea was to later cut back all the branches closer to the trunk and develop the secondary ramification. 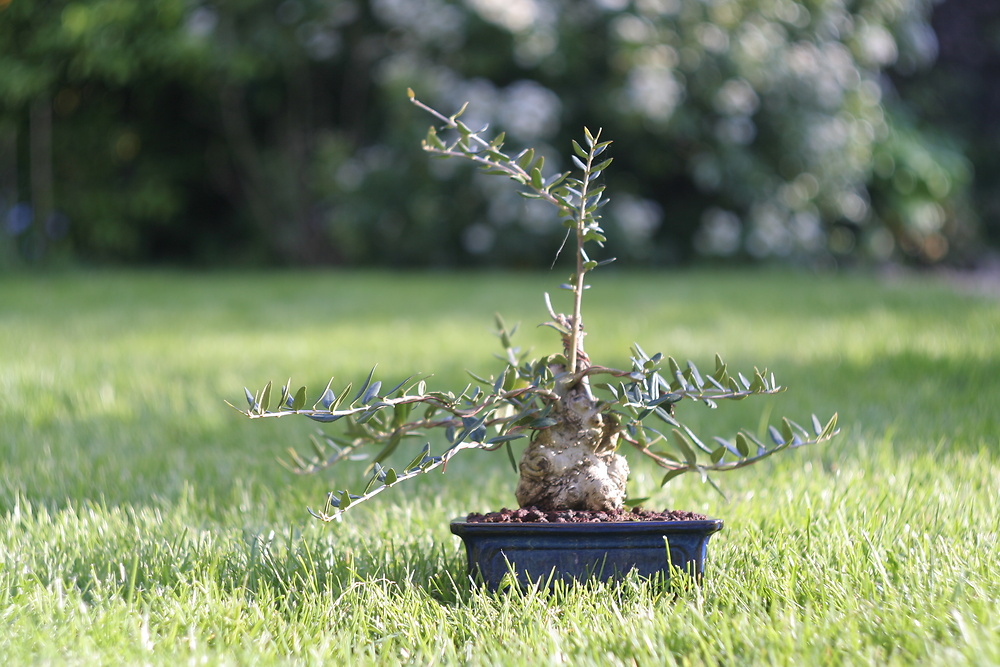 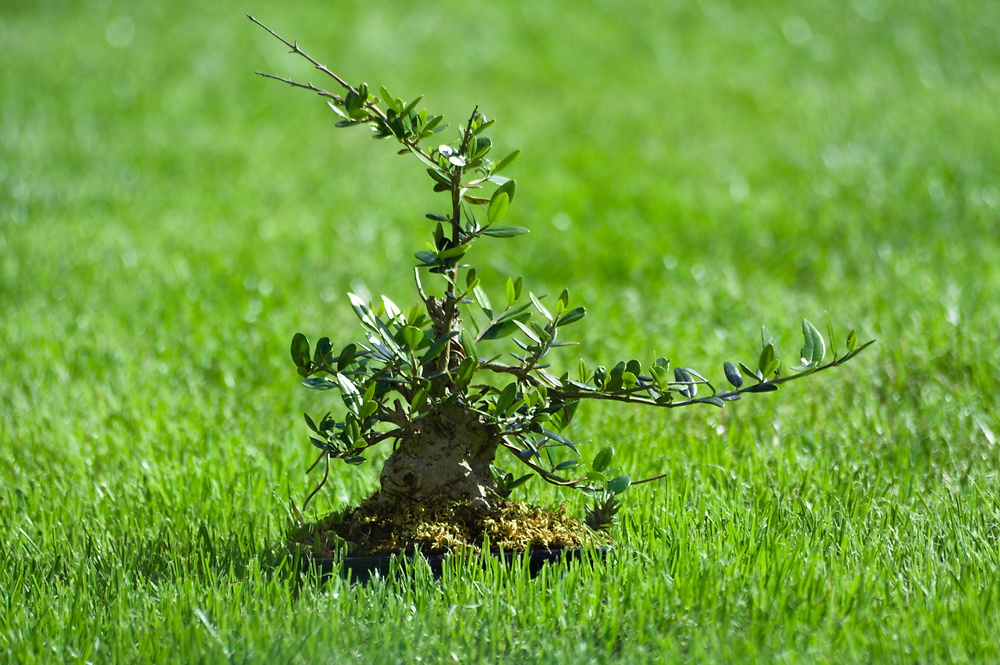 This tree was quite slow to grow, despite good watering and feeding. 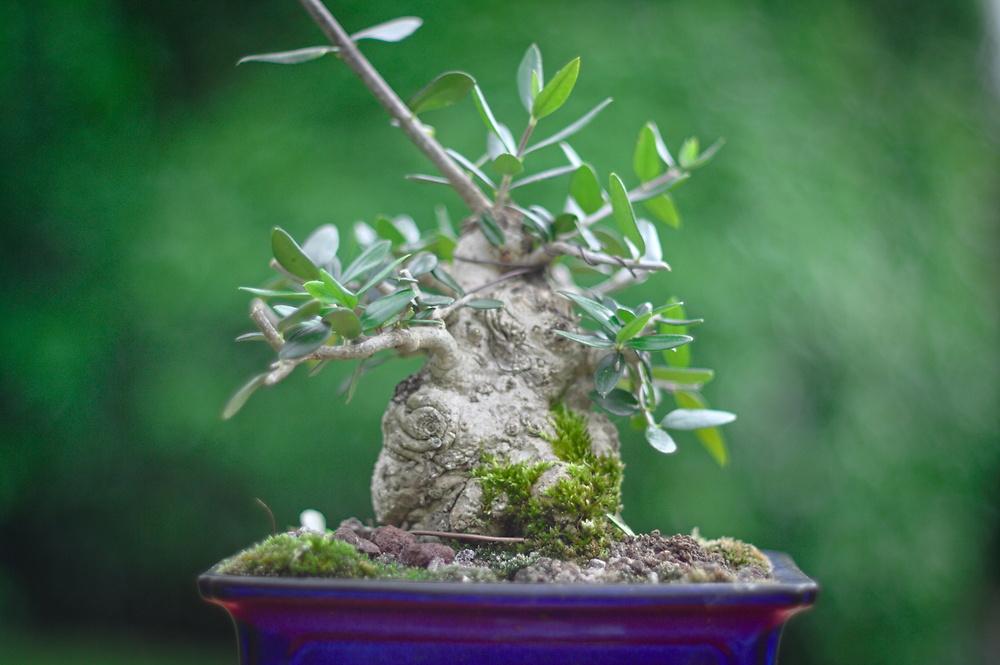 A few year later I finally cut back the branches closer to the trunk and the year before that I had selected a new trunk leader. 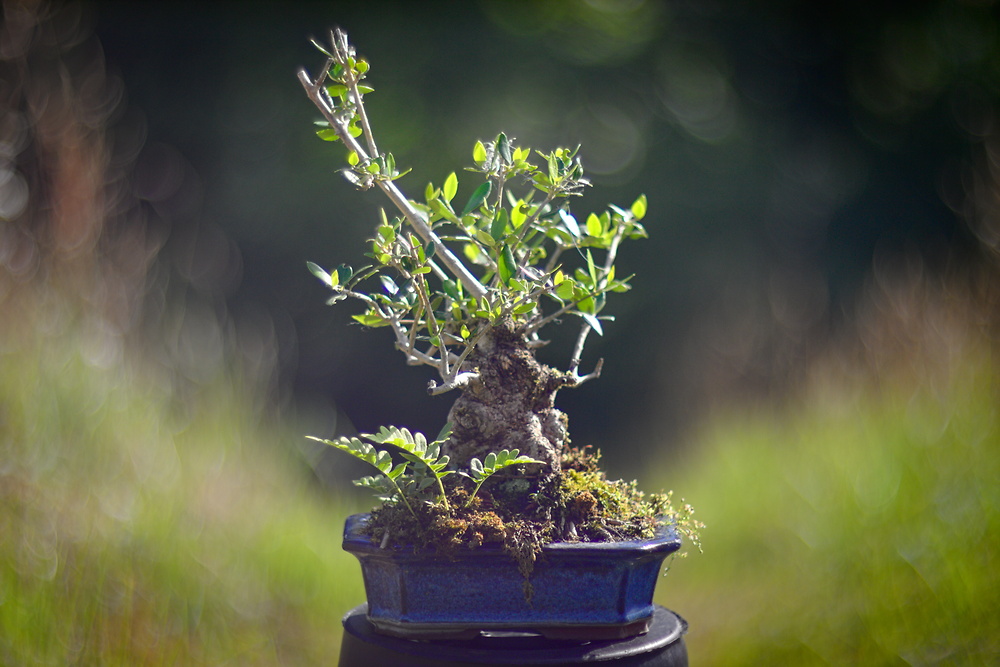 In the previous years I was studying at a university just a couple of hours away from the garden of my parents where my trees were growing but I moved to the capital of the country for work in 2011 and to the other side of the world a few years later. I came back a couple of years after that but I took me a few more years to finally have a place to grow some trees again. It's incredible how fast a decade can come and go.

During those years the tree got only basic watering care and the secondary ramification didn't develop. Instead all the leaves are quite far from the trunk and a few branches died including the first one on the right side.

There is little to show for 15 years in the garden but the trunk was nice to begin with and got even nicer. The two successive branches at the top did a good job at improving tapering. 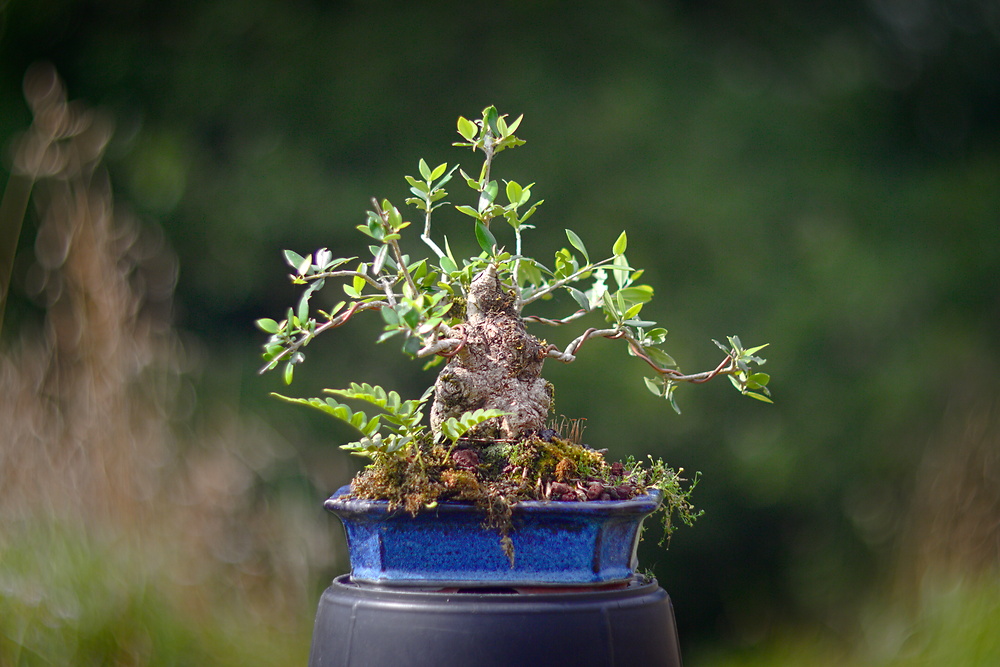 The top branches have been cut to promote growth of the lower branches that has been wired at the same occasion. 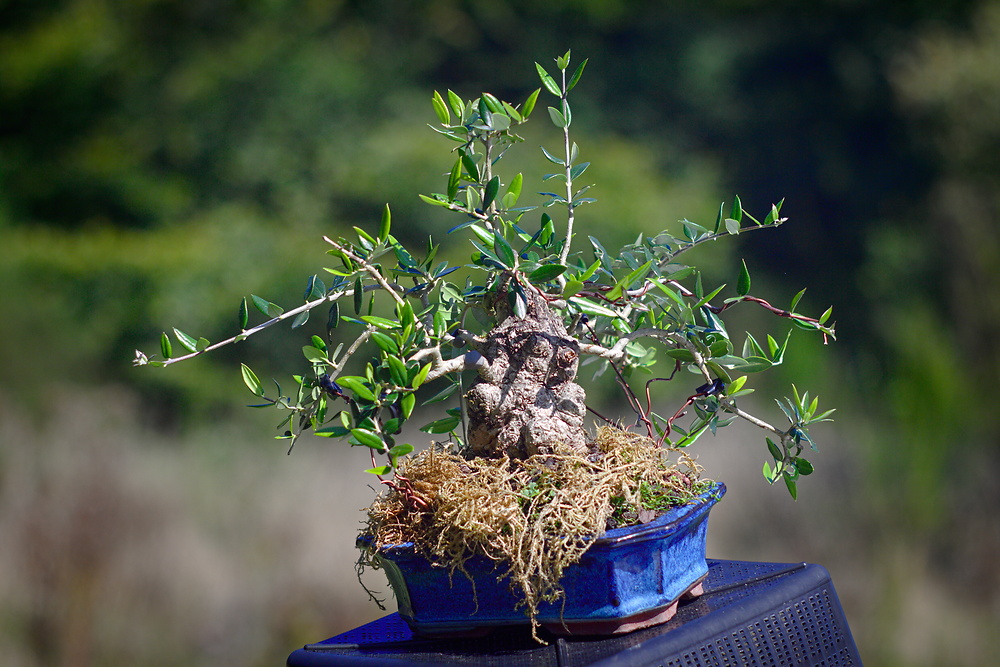 The tree had a good growing season, the wires had to be removed and replaced by guy-wires. Two new branches got wired. Some back budding happened on the biggest branches along with the development of a secondary ramification, although a bit too far from the trunk. 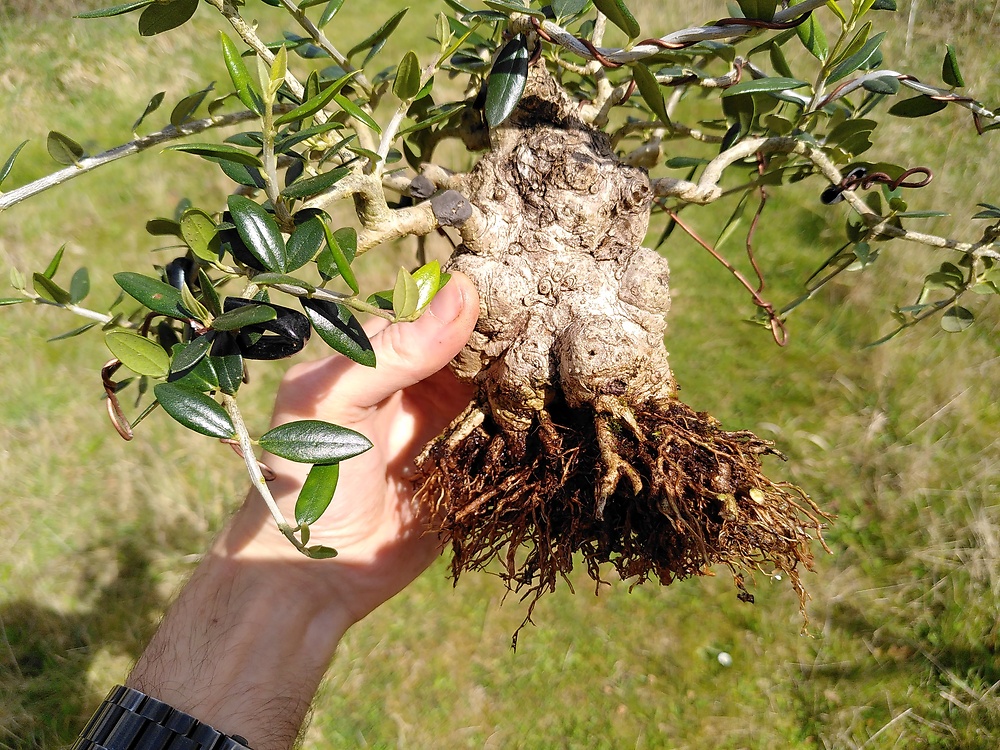 In March the tree already restarted growing in the greenhouse so I repotted it in 100% pumice in a pond basket. It was the first time in at least a decade that it was repotted, but this and some serious cold snaps in the following months stunned its grow and led it to drop some leaves. 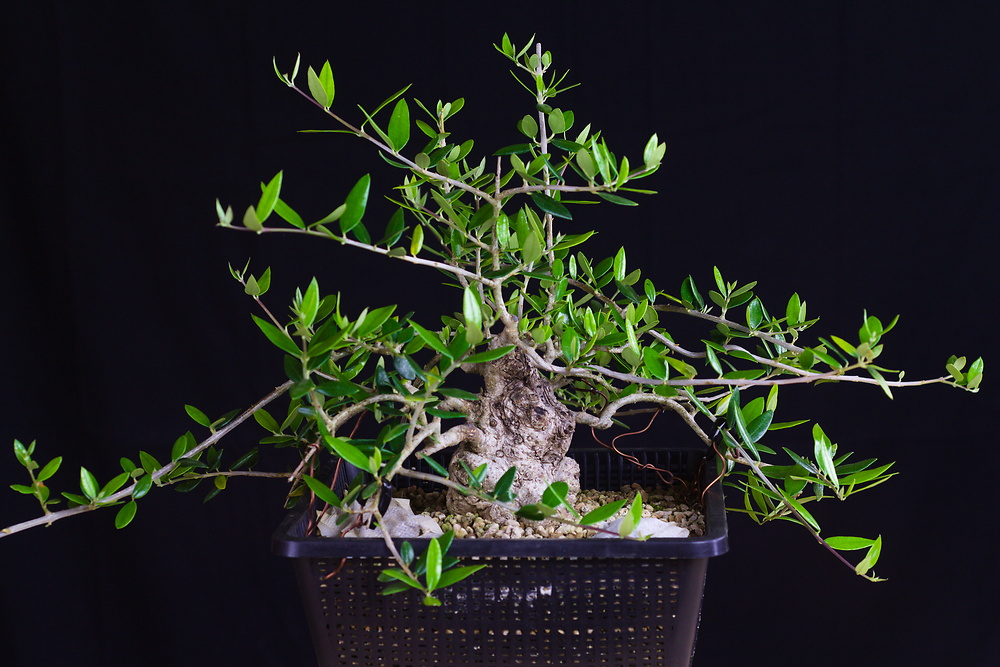 In June the tree was growing well again. 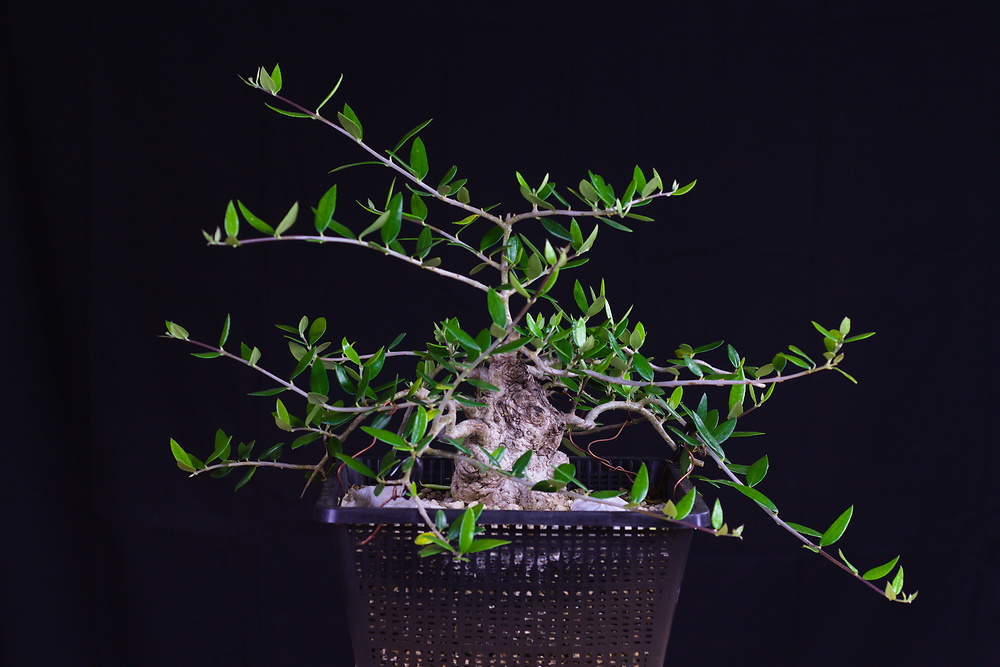 In July some branches were cut but the tree was mainly left to grow and gather strength for next year when it'll be ready to be styled.